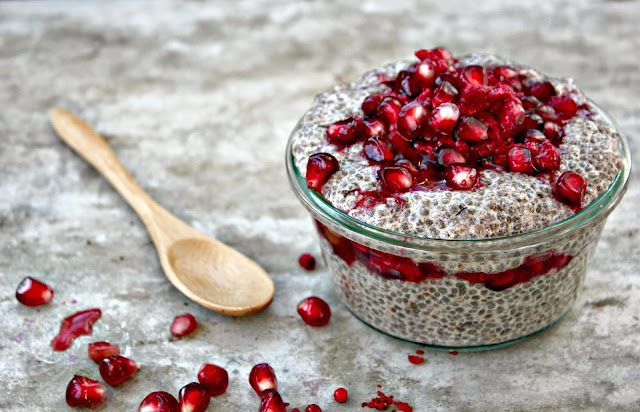 There are certain seasonal fruits that I can't wait to see each year: mandarins in the winter, strawberries in spring, peaches in summer, and pomegranates in autumn. To me, the pomegranate has always seemed like such a mystical fruit, and to be fair, it is rather a special one. Latin for "seeded apple", records trace the pomegranate back to 4000 B.C.E. Over the ages it has been seen as important by a variety of different religions including Judaism, Christianity, Islam, Buddhism, and Hinduism, and  even by the ancient Greeks and Egyptians. Even today it remains an important fruit to medical traditions including  Ayurveda and even the western school of thought.

Besides being on of the most beautiful fruits (and having the prettiest flowers), pomegranates contain vitamin C and K, as well as loads of fibre (in the seeds that is) and antioxidants.

Pomegranate seeds make a welcome addition to salads, pilafs, parfaits, and in this case a breakfast bowl. Here I have paired them with another sweet but tangy fruit, the raspberry, as well as the zippy pink peppercorns and orange zest which makes for a not-to-sweet fully bodied sauce. 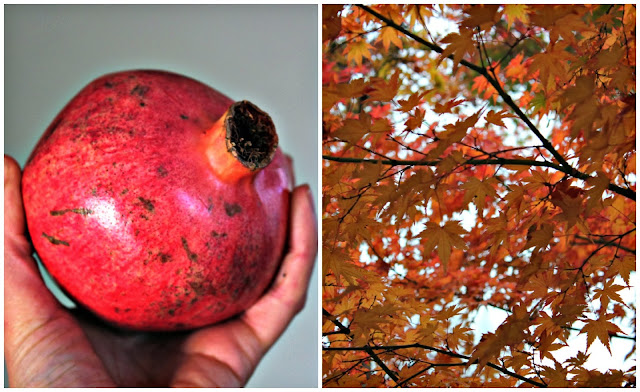 The base of this pudding is made out of ch-ch-ch-chia, the same seeds that turned that ceramic sheep from the '80's green. Over the last few years chia seeds have become rather popular and easily available, and there is plenty of good reason for this.

A stable for some Latin American indigenous groups, chia seeds were used as nourishment during times of endurance as well as a natural remedy to treat constipation. Nowadays more people know about their amazing health benefits which include [1]: 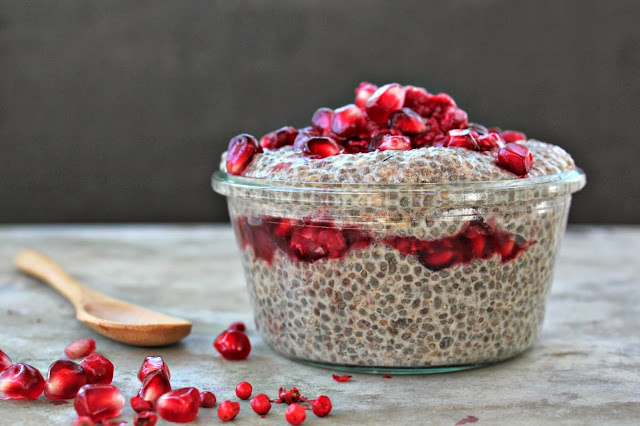 Recipe: (Serves 1 as a hearty breakfast, or 2 as part of a meal) Print it Here

Mix all ingredients together. Be sure to mix the chia into the milk thoroughly, otherwise you will end up with a chunky pudding. Let sit for 1 hour or in the refrigerator overnight.

After chia has sat and soaked up all the liquid, spoon ½ the mixture into a bowl. Layer ½ the pomegranate sauce (recipe below) over the chia pudding and top with the rest of the pudding mixture. Spoon the remaining sauce on top. 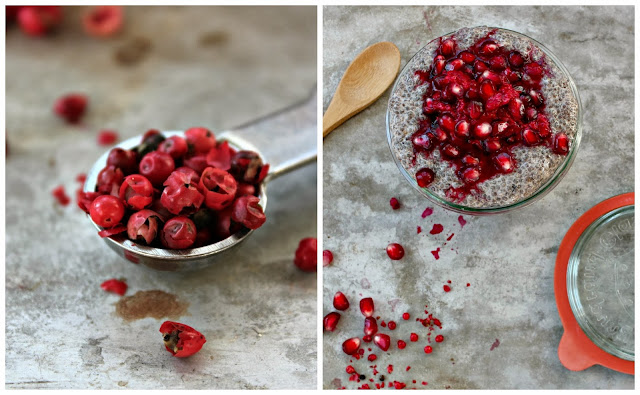 Mix all the in ingredients together.

What is your favourite Autumn fruit or veggie?

Let me know and maybe they will be the star of a upcoming recipe!