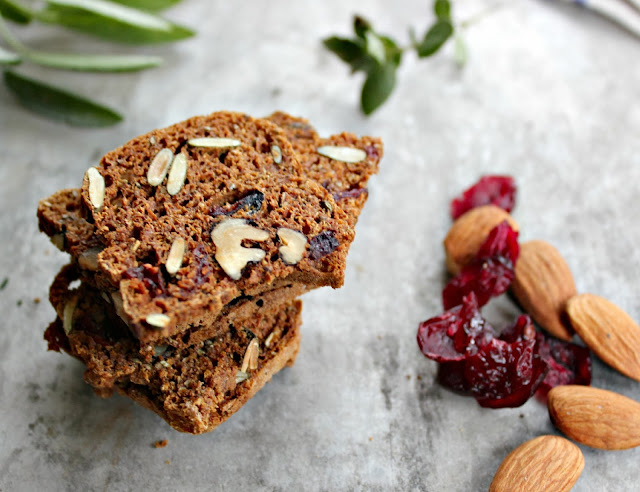 Every time there is a shindig or a get-together around these parts, there are some common treats that make an appearance: humous, pickles, rice crackers, and a certain store-bought cracker which has become a staple of the West coast. Upon recently finding out that the store bought variety of these tasty crackers wasn't vegan friendly, I thought I would try to recreate them at home, and to do so with even better, more nutritious, ingredients. It was actually a three year old friend who first brought the question of ingredients to my attention. At a recent potluck, this little boy was offered some crackers by another friend of mine, yet declined as he believed they weren't vegan . Sure enough, the crackers contain milk products! (who would have thought?). I was so impressed by this child's ability to be so conscientious of a food's ingredients, as well as his own dietary requirements, I knew I had to make a version just for him.

These crackers are really well balanced: slightly sweet, but savoury enough to go with a snack plate, as well as flavourful enough to eat plain, but not too flavourful that they overwhelm whatever you top them with. Even better, these crackers are easy to make ahead of time and store in the freezer until needed - which is perfect for this time of year with all of its impromptu get togethers and drop in guests.

While I used whole spelt flour in this recipe, I am sure that you could try it with a gluten free mix as well. I'm not the biggest fan of the 'gums' and thickeners that go into gluten free mixes, so I didn't try this recipe with a brown rice flour, but feel free to play with it - you may just have to add a bit more liquid. 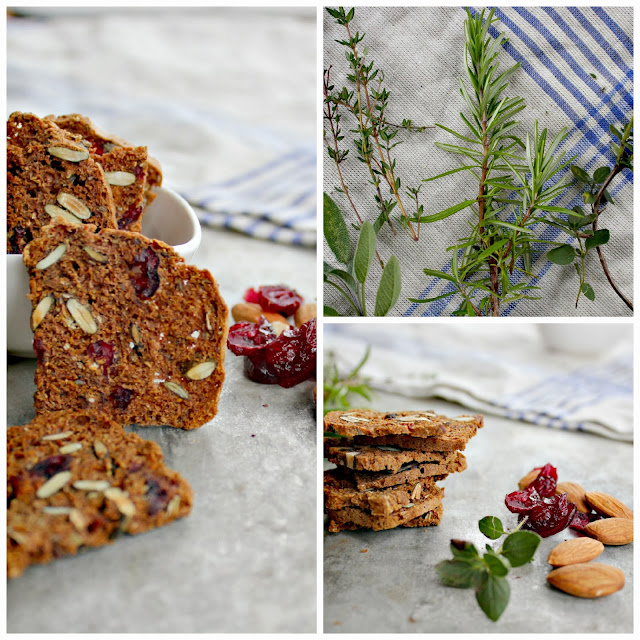 I flavoured these crackers with cranberries, walnuts, and rosemary, but any nuts, fruit, and herbs would be delicious. To make things easy, I came up with a couple of flavour combinations, but most combinations should come out lovely. 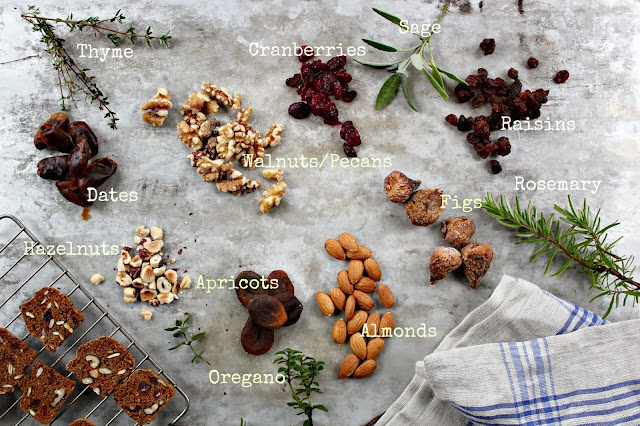 Adapted from this recipe

Recipe: (makes 2 loaves, and a lot of crackers) Print it Here

In another bowl combine the almond milk and vinegar. Let the mixture sit for a few minutes for the almond milk to sour. Once the milk is soured (it should only take 2 minutes), add the maple syrup and molasses. Combine the wet and dry ingredients and mix until combined. Stir in the black pepper and chopped rosemary.

Divide the mixture evenly into two 8" by 4" loaf pans which have been lined with parchment paper. Bake the loaves in a preheated 175° C (350° F) oven for approximately 35 minutes or until they spring back when lightly touched. Let them cool in the pan.

Once the loaves are cooled, slice each down the centre to create two long halves (see picture above). Wrap the four long halves in a bag or foil and place in the freezer overnight. Once the halves are frozen, use a sharp knife to slice each half  into thin slices. Arrange the slices on a baking sheet and bake at 150° C (300° F) for about 15 minutes, flip the crackers over and bake for another 8-12, or until crisp. Once cooled, the crackers can be stored in a airtight container for several weeks.

The amazing thing about these, is that once you bake off and halve the loaves, they can stay wrapped in your freezer for up to a couple of months before baking. All you have to do is slice and bake them off whenever you need some crackers. Talk about convenience food! 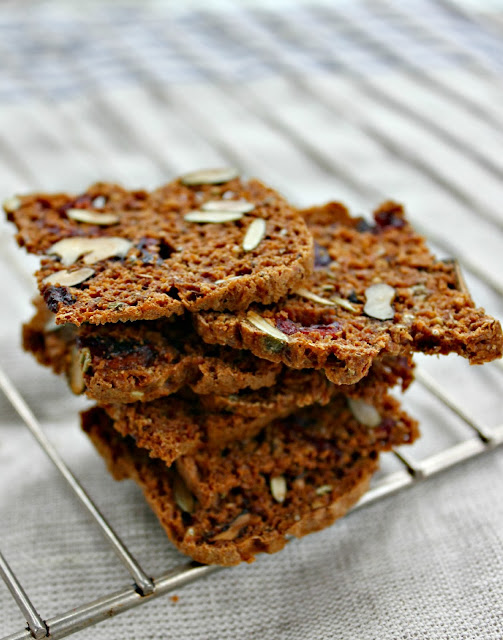