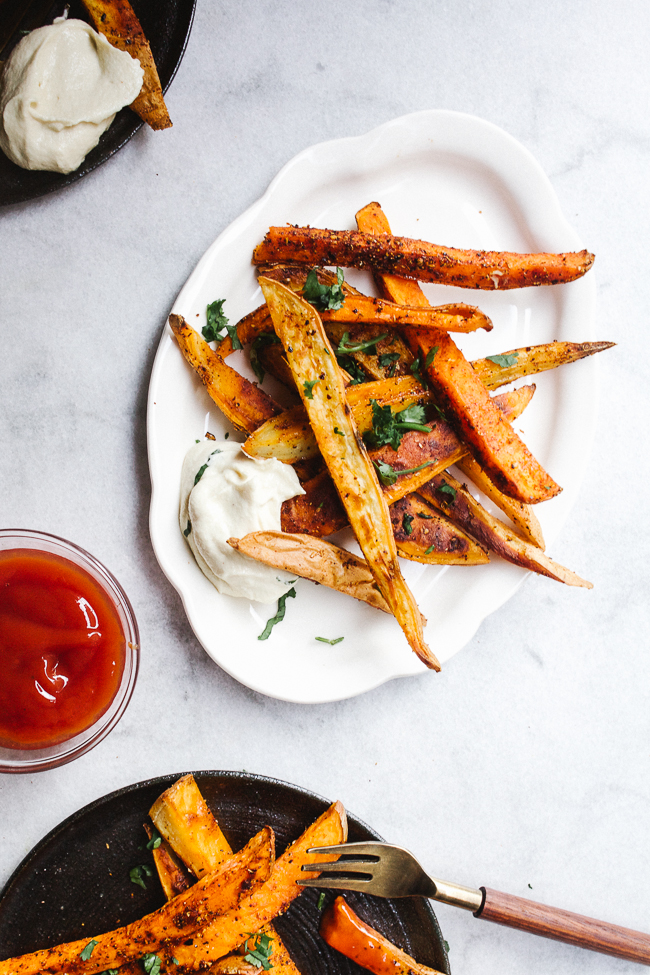 When life gets hard, I turn to fries. They are my warm, salty, and greasey version of a little security blankey. And if I could take them along with me in my purse everywhere I venture, I surely would. For me they are reminiscent of fall fairs, road trip dives, date nights, and carefree summer evenings - I'm feeling warm and fuzzy inside already!

Every year around exam time when life would just became too hard to manage and anything but leggings and a topknot was too uncomfortable to bare, roasting up a tray of oven fries became our favourite easy dinner and study aid (that and the odd bag of kettle chips - pepperoncini pleeeease). Years later and school behind me, I still turn to oven fries after a long or turbulent day at work, or just when I feel I need a hug but there's nobody around. There are always yams for comfort. Last week, on Valentines no less, we went out for sushi and as I just finished eating a warm and creamy piece of yam tempura I suddenly had a realization with absolute certainty that yeah, yams do make everything better!

These fries are like the more sophisticated version of my old go to, primarily because they aren't doused in ketchup. Gross, I know. Instead they are served alongside the most amazing cashew dip. While I chose to call it mayo, it's not as oily or as rich as normal mayonnaise. It's more like a creamy cashew cheese, perhaps. It really doesn't matter what I call it, because it should just be called something hyperbolic like "the only sauce you'll even need" but that's not very catchy. Besides eating it on these fries, I slathered it on some vegan pizza, turned it into a kid friendly ranch dip for cucumbers and carrot sticks, and put in on a sandwich as though it was just regular mayo. 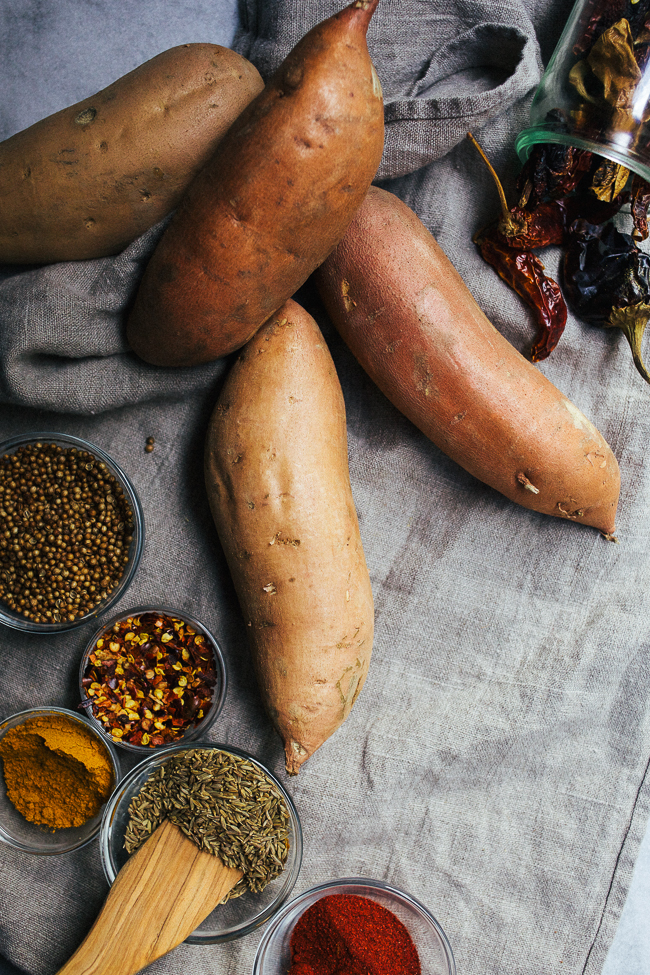 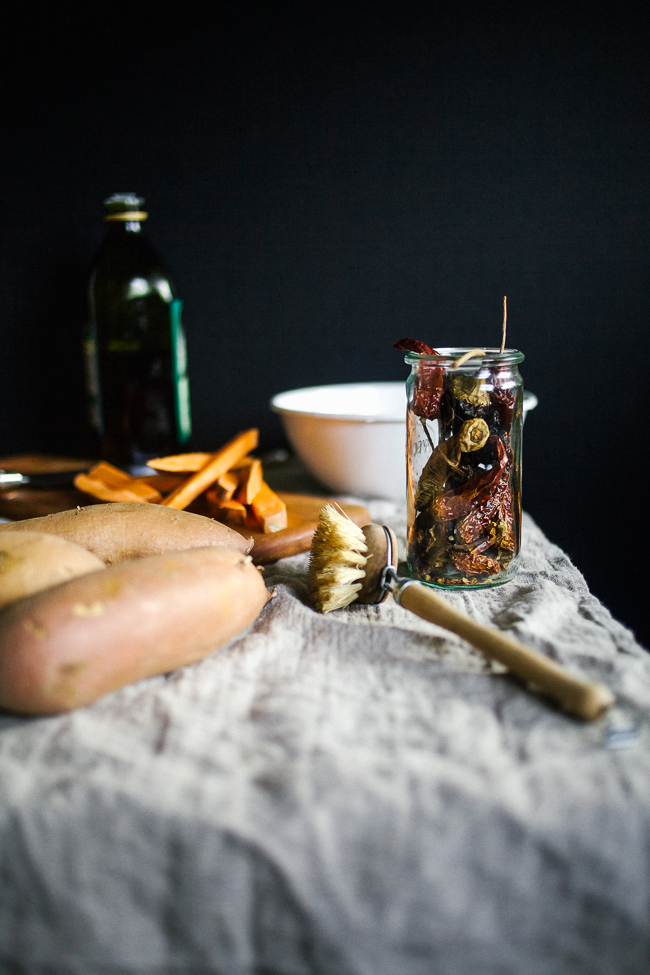 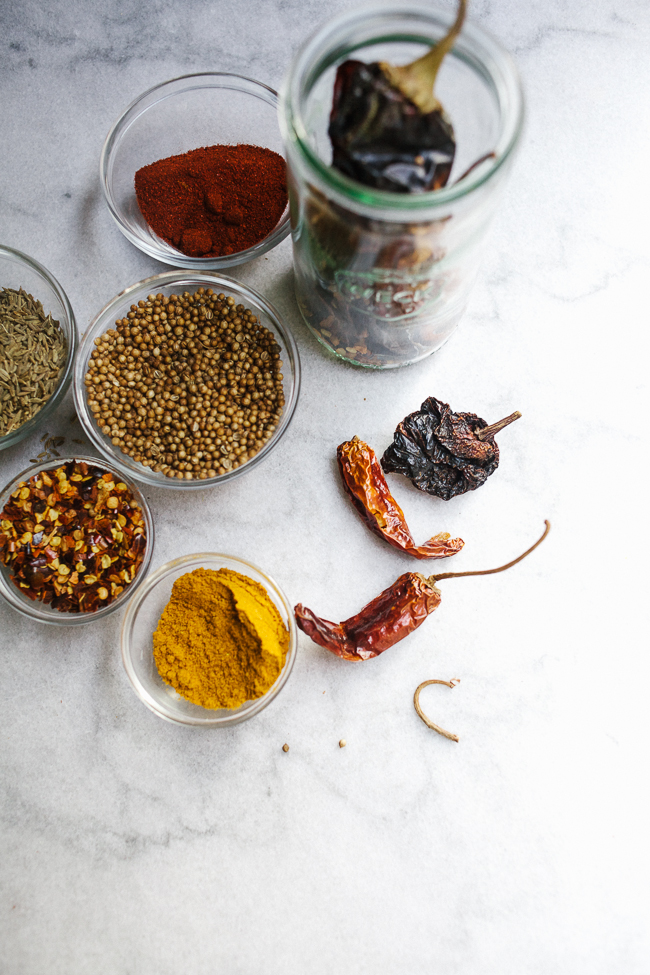 There are two key steps to follow to make for crispy oven fries. While some people opt for things like corn starch, I'd rather steer clear of any additives when we're dealing with something as perfect as a yam. Instead, a little bit of soaking will help extract some of the starch and make for a crispier exterior. Secondly, and most importantly, the moisture has to be removed. This is best accomplished by thoroughly drying the soaked fries, and making sure they have plenty of space when baking so that they don't steam. The best advise I can offer is when in doubt, use another tray.

2 Yams or Sweet Potatoes (I used one of each)
2 Tbsp. Coconut Oil, melted
About 4 tsp. Harissa Powder (see recipe below)

1. Begin by giving your potatoes a good scrub to remove any dirt. Then cut them into long strips about 1 cm thick (¼ inch-½ inch) and soak them in some cool water for about 20 minutes or so to help lose some of the starchy residue.

2. After the fries have set in the water, drain them and dry super well (most important part). Combine them in a bowl with the coconut oil and spices, tossing well to coat.

3. Spread evenly on two trays, being sure that there is plenty of space between the fries. Bake in a  205 C (400 F) oven until crisp and tender, about 20-30 minutes flipping half way though.

1. In a dry cast iron (or heavy bottomed pan), toast the cumin and coriander until fragrant. Set the spices aside to cool for a few minutes. 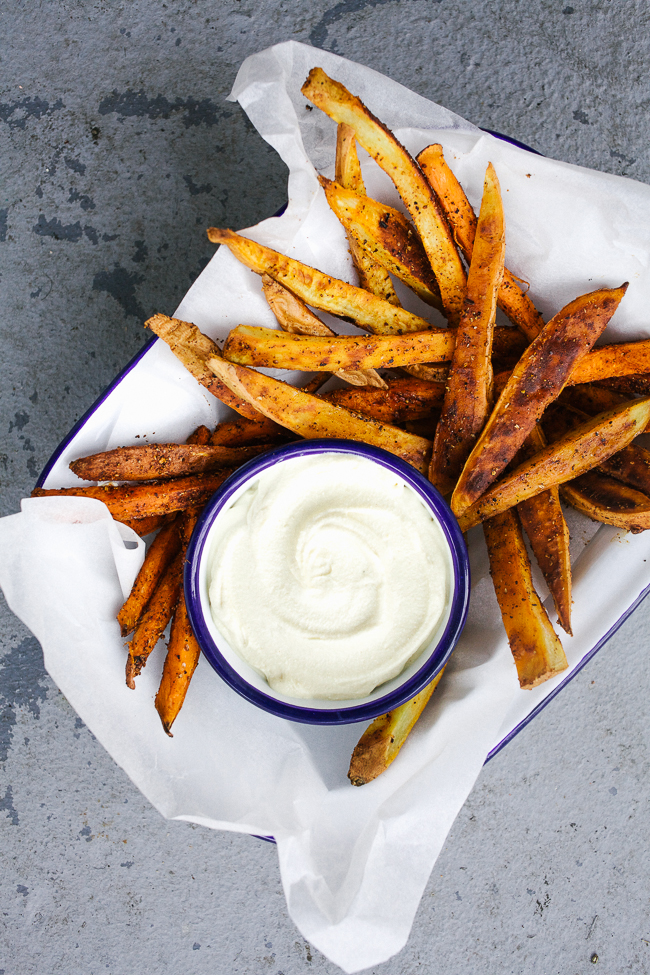 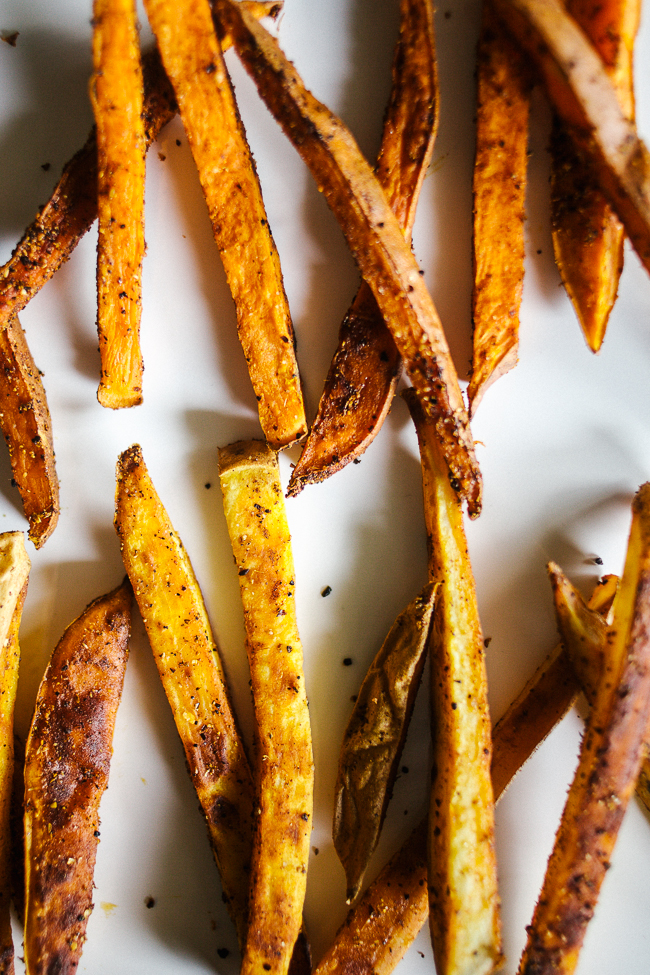 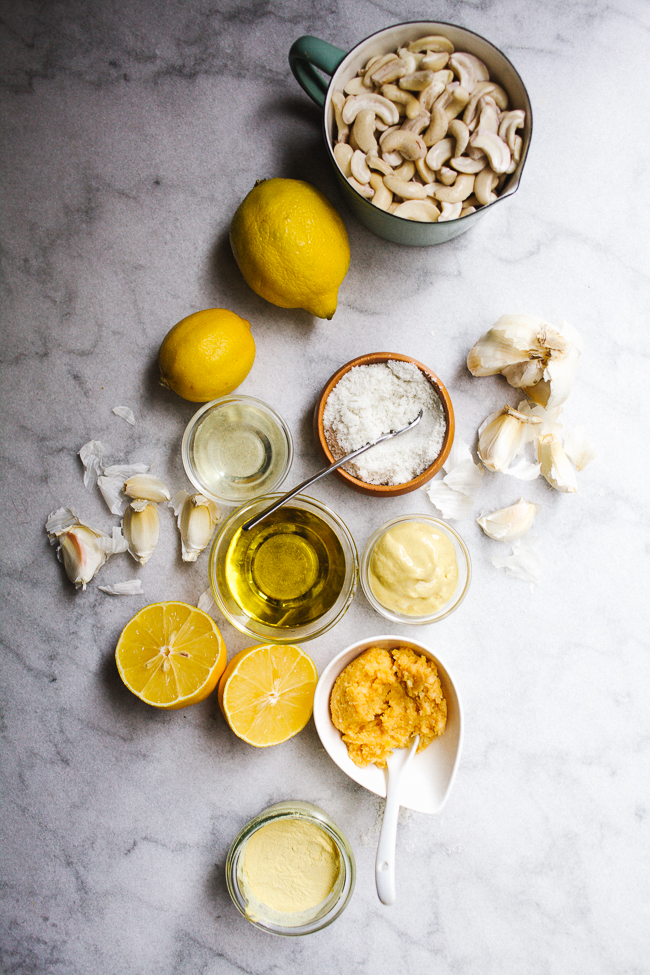 1. Begin by draining and rinsing the cashews. Then combine the cashews with all other ingredients in a high speed blender and puree for several minutes or until silky smooth. Taste and adjust seasoning if needed. 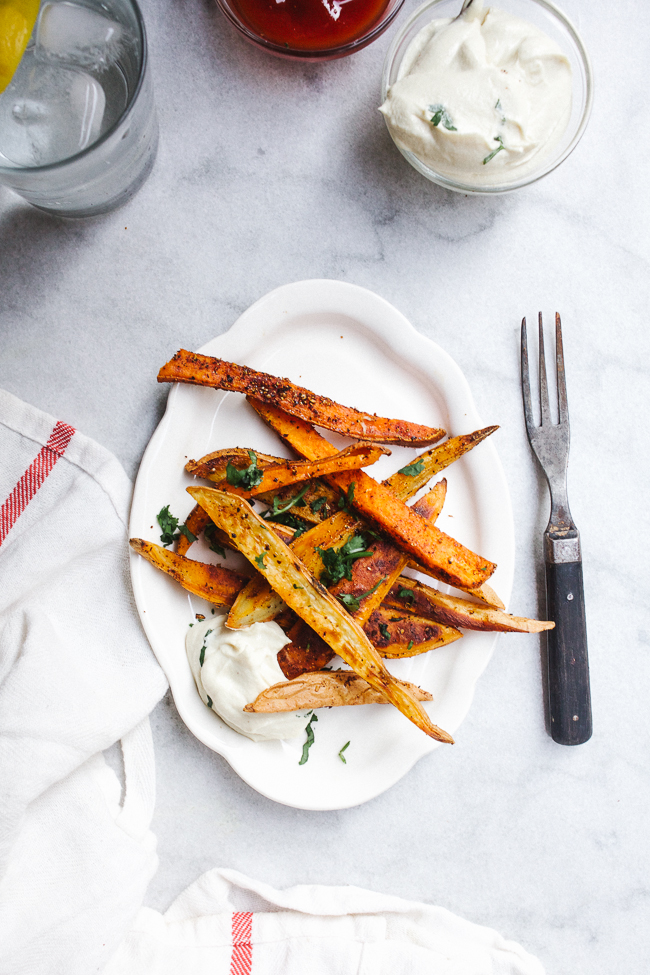