×
You are here: Home / Vegan Mains / No Recipe Indonesian Gado-Gado 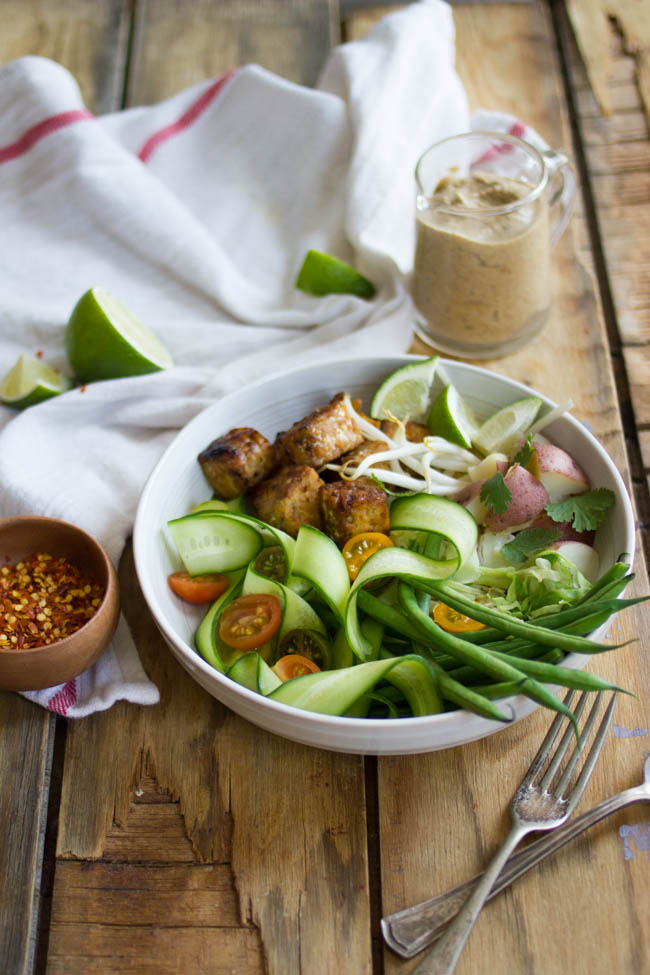 When I first learned to cook, I was living at home with my parents and three siblings. So, as one can expect, I learned to cook on a massive scale. Big pots of curry, trays and trays of roasted veggies, and pans of lasagna, were all I knew. I could feed a small army, or a football team, at least.  When I moved out to attend college, I shared a house with five of my closest friends. Our place was the hang out house; full of instruments, dance parties, laughter, and loads of food. Originally, I had intended to learn the delicate art of how to cook for one, but being the hospitable hippies we were, I ended up learning how to cook for more and more people. It wasn't rare that I'd feed anywhere form 13-25 hungry musicians and students at a time. Pots of rice and quinoa would cover the stove, every dahl you can imagine would bubble away, and pot after pot of vegan chili would satisfy the masses.
After living in a series of community oriented homes, I moved out with my partner, who also happens to be a professional chef. Turns out, he has the same issue as me (when he makes soups, he makes 120 litres at a time!). We became the couple who would always make enough to freeze, resort to eat the same thing all week, or force food upon our friends (are you sure you don't want to come over for dinner? Are you sure you're sure?)

So, this brings me to this startling realization that, at almost thirty, I will be living and cooking for one. This summer I have the amazing opportunity to intern with V.K Rees here in New York, so a couple of weeks ago I picked up shop and moved to Brooklyn. And then the learning began. For the first little while I ended up making myself an odd array of dinner options: toast, hummus and crackers, kale with stuff on it and stuff with kale on it, and of course breakfast for dinner. Lots of breakfasts for dinners. As I grew tired of pancakes and kale, I thought more and more about how, if there were someone else to share a meal with, I would be inclined to put in more time, energy, and love. But why not do it for myself?

Having to learn to scale back and cook just for one is hard, but manageable. And when it comes to finding the balance of making food with love, but still being easy, I think we've found the perfect fit. 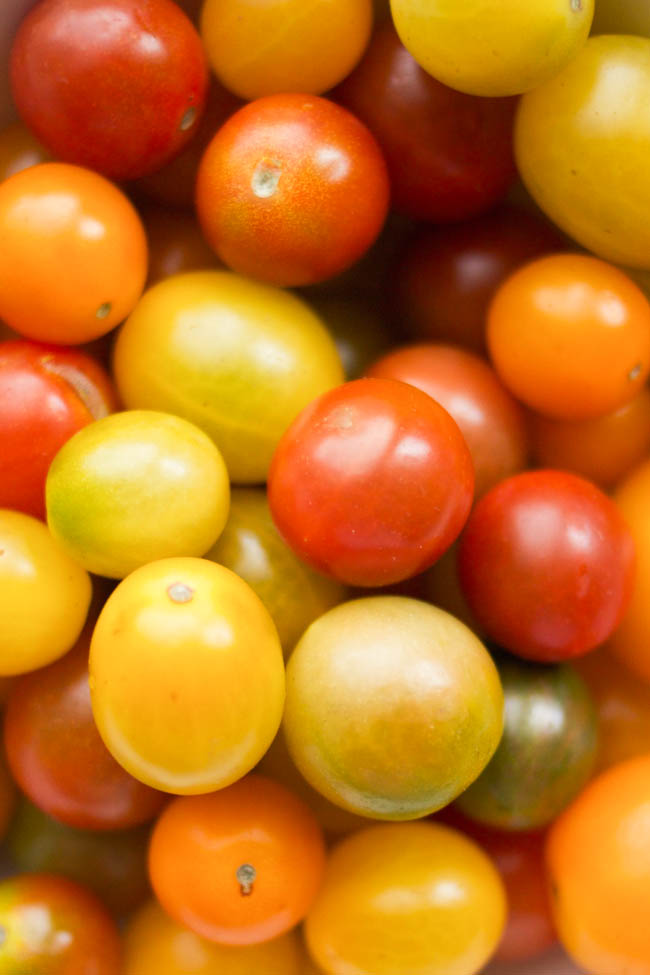 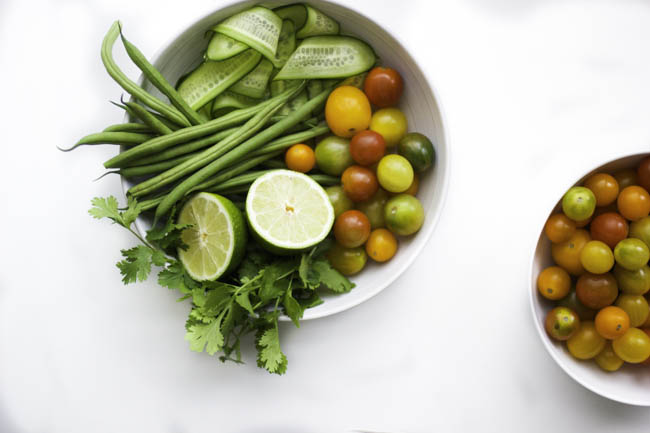 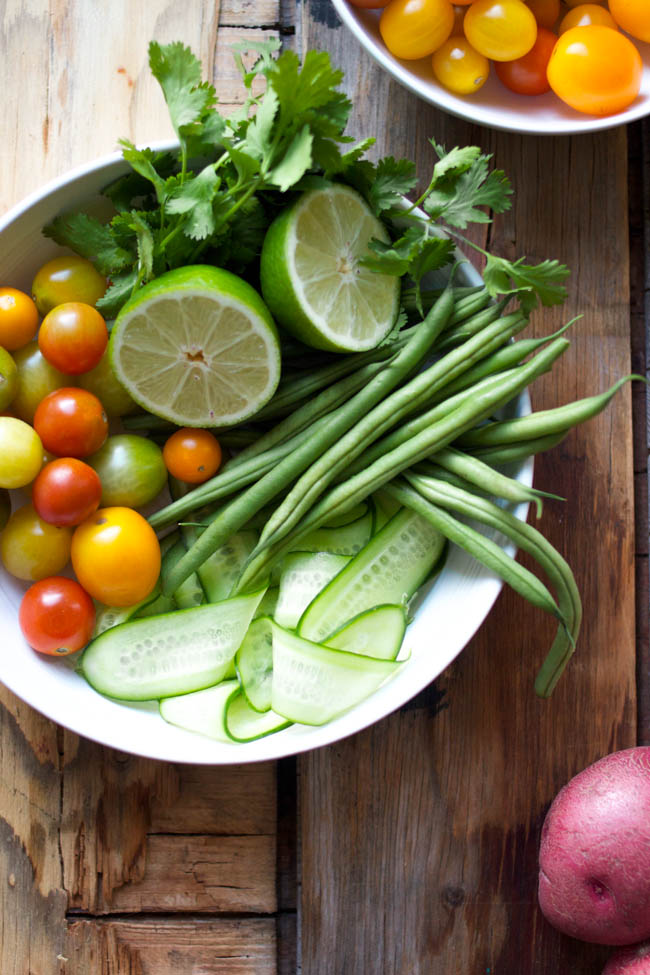 So, what is Gado-gado?

Hailing from Indonesia, Gado-gado is basically the ultimate big salad. Meaning "a mix of stuff", or "mix mix", the salad is comprised of raw and cooked veggies, protein, and a tasty nut butter sauce. Basically, everything I love. Some veggies are a staple to the dish including potatoes, cabbage, bean sprouts, green beans, cucumber, tofu, and hard boiled eggs. But it's certainly not limited to these. Greens such as spinach, zucchini noodles, or kale can replace the cabbage, sweet potato or beetroot the potato, even things like broccoli or cauliflower would be delicious. For my version I added some sliced cherry tomatoes that I had on hand, omitted the egg to make a vegan version (although you could easily add it), and opted for a  multigrain tempeh over tofu. Basically, this is the essential dish to use seasonal and available produce or whatever is hanging out in the crisper draw. The recipe is up to you. 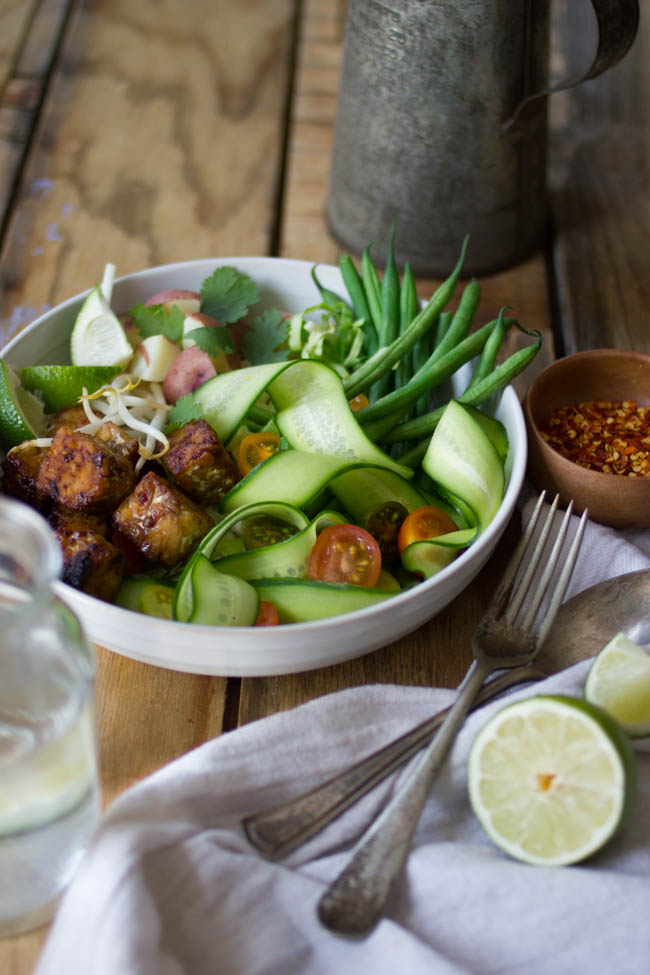 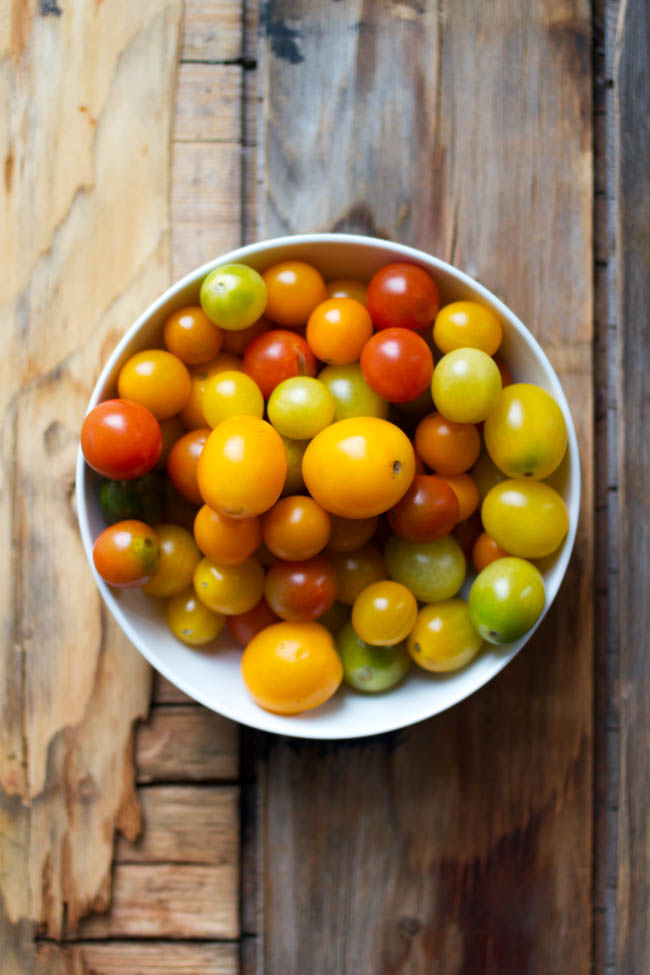 (This recipe makes enough tempeh and sauce for two people. That way you don't have to make more later in the week.)