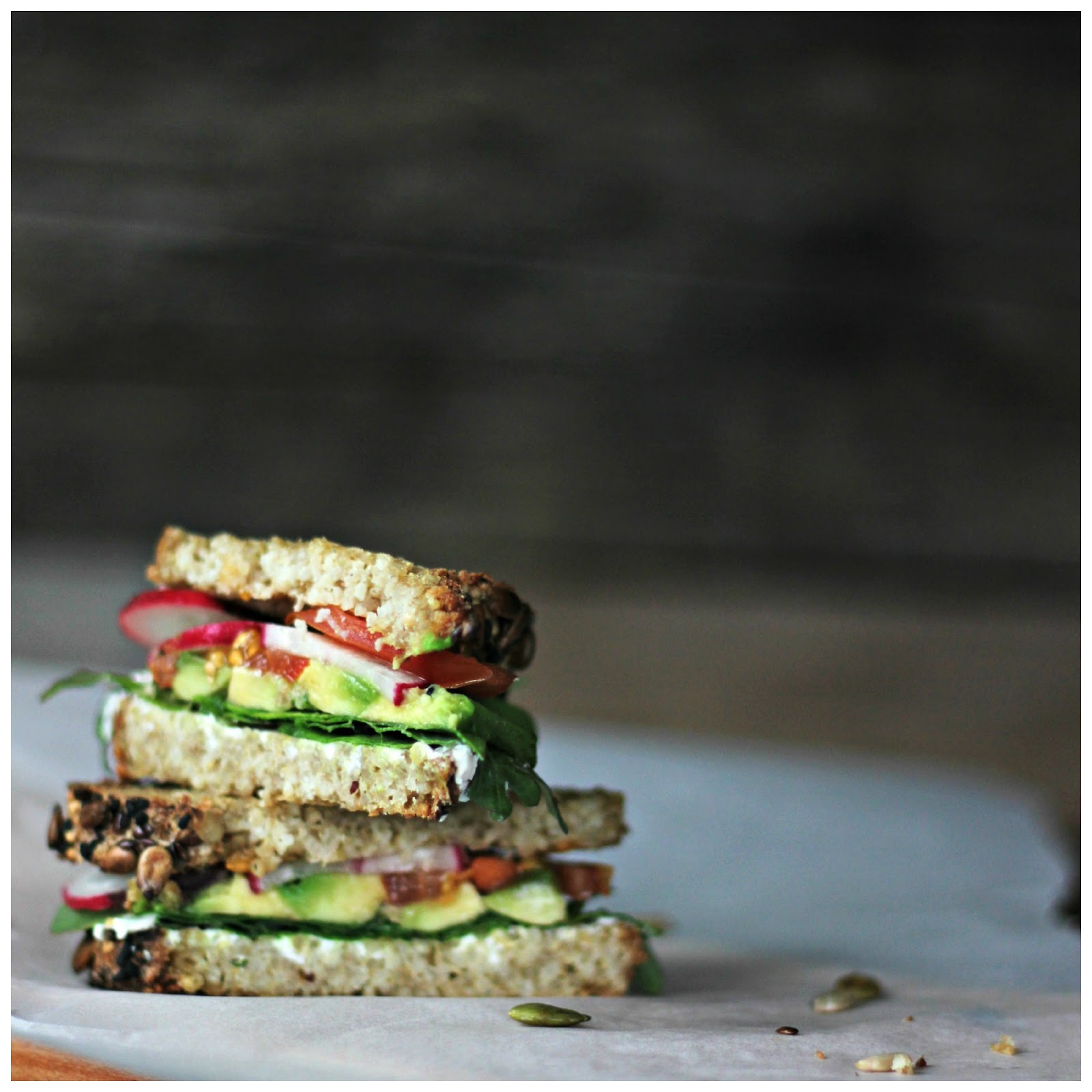 A little back story about this unbelievable bread and I. Gluten and I get along just fine, I'd even go so far as to say that we're best buds. But, as many of you have probably noticed, I don't make a ton of glutenous recipes. Most of the time I try to bake with more ancient grains (which still have gluten) such as spelt or Kamut, or gluten-free alternatives. Over the past couple of years, I have slowly been introducing more and more gluten-free alternatives into our daily repertoire, and there is a reason for this!

Firstly, and most importantly, is the fact that my other half suffers from Crohn's disease. While he has been pretty healthy for the last ten years, I greatly fear any relapse that will cause him severe pain, extreme weight loss, and overall suffering. As a preventative method (and part of a general healthy lifestyle) we limit the amount of gluten, cow dairy, and processed foods we eat. While there is no clear idea how to manage the disease, these are things we do and have worked for him thus far, but may not work for everyone. 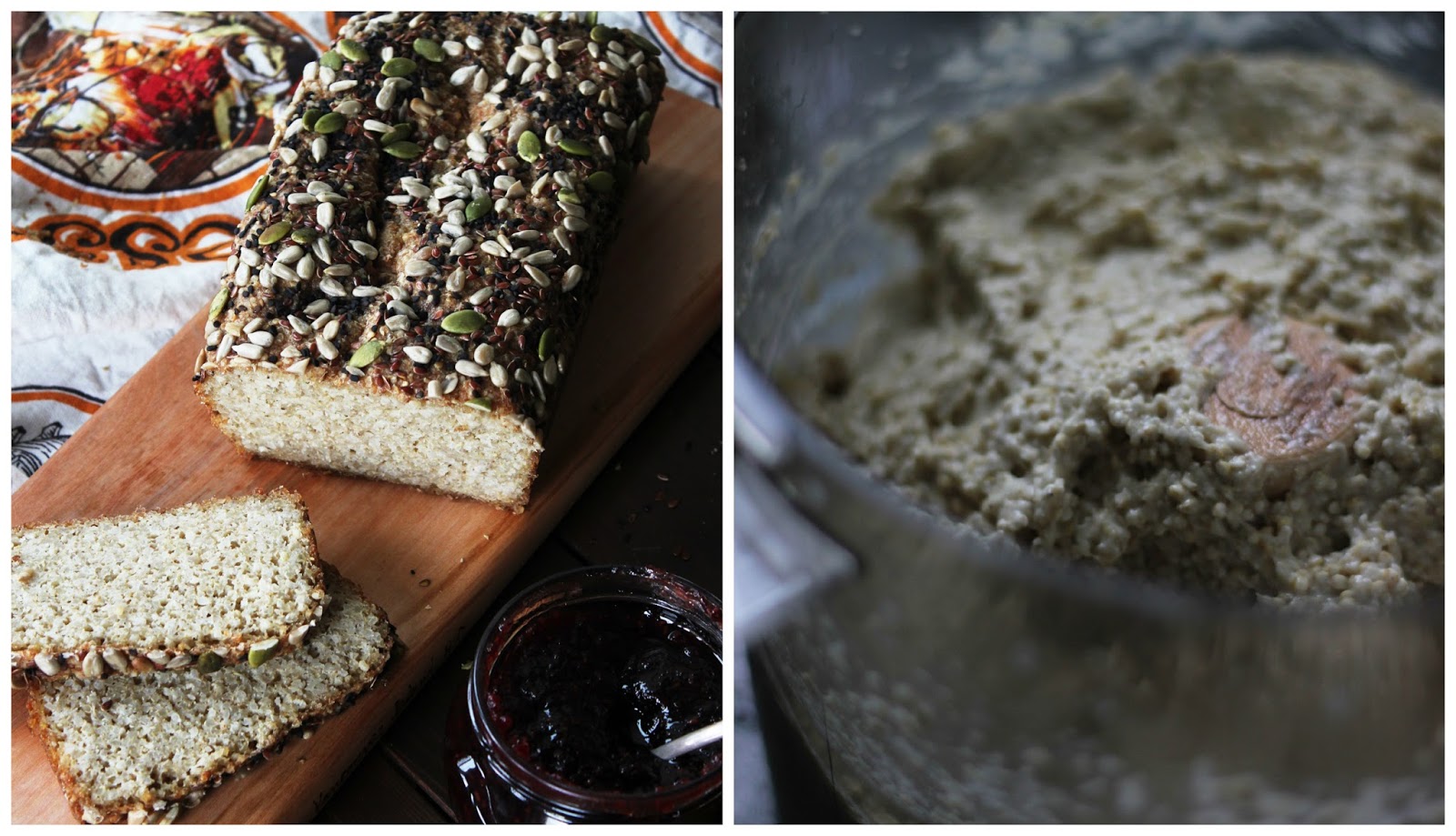 Secondly, I like to make things that my mum can eat. Over the last few years, she has cut out most flour from her life in order to maintain healthy blood sugar levels and avoid the risk of becoming diabetic. Unlike refined flour, this bread is made from actual grains, both of which are low on the glycemic index, meaning that their glucose breaks down more gradually in the bloodstream and that has a host of health benefits!

Thirdly, is the fact that I live with a bunch of carbohydrate enthusiasts, myself included. We love a good slice of toast with jam and nut butter slathered on, it's comfort food to us in it's the purest form. While it is comforting, I still want it to be as healthy as a snack as it can possibly be. This means relying on many different wholegrain flours and ingredients to introduce a variety of nutrition and vitamins into our diet. Not just one flour all the time! 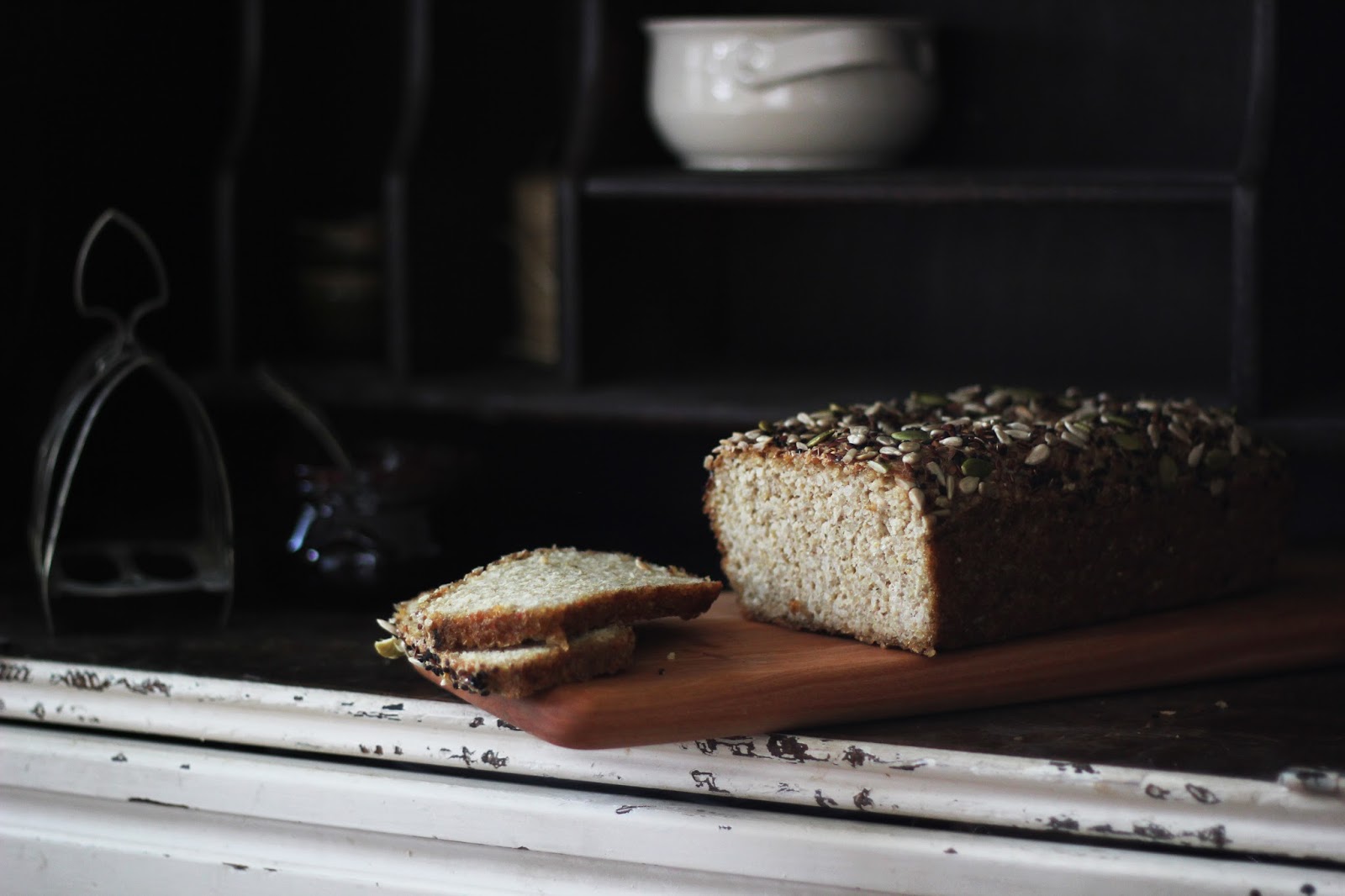 I spend a good couple of days playing around with different flour combinations and different bread recipes. One day I went as far as to make about four loaves, all of which were unsuccessful. But finally, I made this and it was amazing! It was basically a miracle after all the other bread.

Although it doesn't taste like a true bread, it is delicious, slices well, and toasts like a dream! I made two different versions, one with all quinoa and one with half quinoa, half millet. Both were delicious, but the addition of millet adds great texture, saves in cost, and has a much more neutral flavour. And I highly recommend toasting the bread as it makes it just that much more amazing!

There is a new version of this unbelievable bread called the Unbelievable Buckwheat Bread. It is much the same as this loaf but used buckwheat groats along with a few alterations. 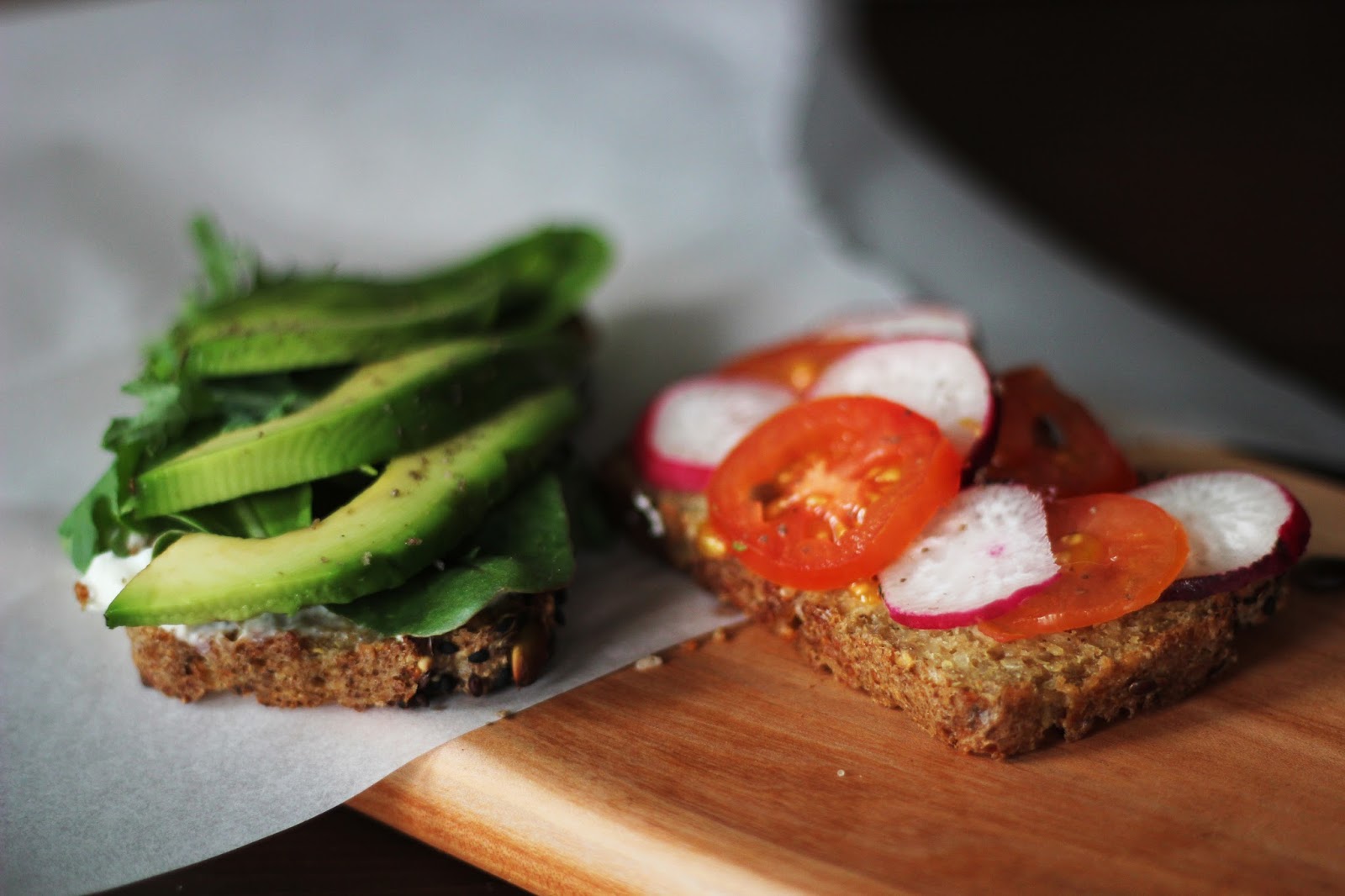 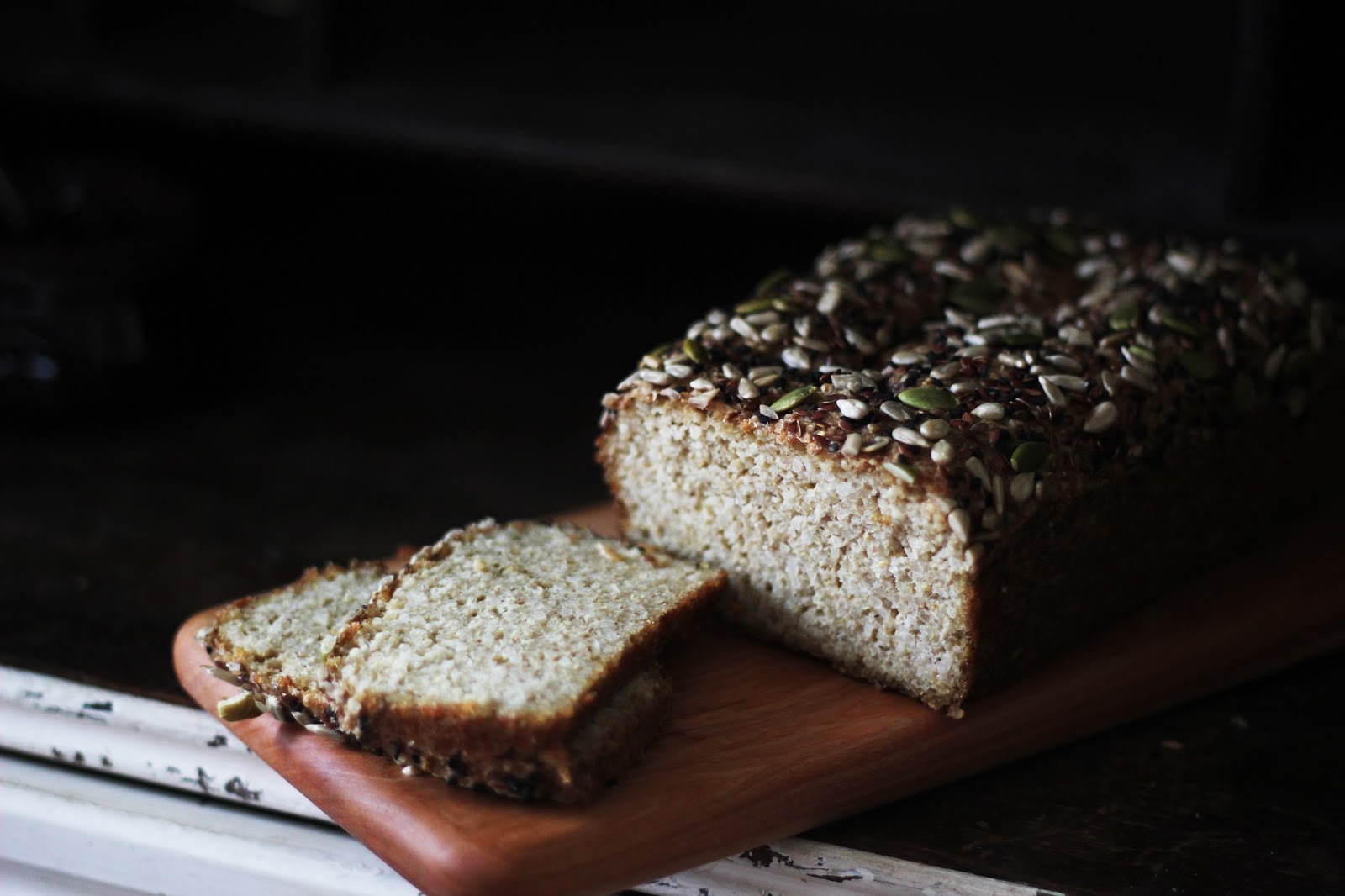 Procedure: Soak the millet and quinoa in enough water to cover, leave overnight in the refrigerator, or approximately 8 hrs. Once the grains have been soaked, rinse them well, and let them drain thoroughly.

Combine the soaked grains, psyllium jell, maple syrup, oil, baking soda, salt, cider vinegar, and extra 1 cup water in a food processor and purée for 2-3 minutes, or until the batter is sticky, but some grains are still visible. You want to be careful not to over-mix it, as the dough will be sticky - I puréed the mixture until it began to ball up in the machine.

Pour the mixture into a greased loaf pan and top with seeds if desired. Bake at 160 C (320 F) for approximately 90 minutes, or until the top of the loaf bounces back when lightly touched. Around 45 minutes in the oven, poke the top of the loaf with the tip of a sharp knife to help extra steam escape (this is an important step. Your bread will rise well in the oven, but you need to pierce the top to let the steam out - it will fall drastically once baked and that's normal).

Let the loaf sit for a few minutes before removing from pan. Let cool on a wire rack. Wait until the loaf is entirely cool before slicing. The loaf can be wrapped and stored in the refrigerator for up to a week, or sliced and frozen.

(** It is best to use Psyllium husk in this recipe. I tried to replace the psyllium with chia, but the results yielded a denser loaf, less reminiscent of bread, and not nearly as tasty. If you absolutely can't find psyllium, you can replace it with 4 tablespoon chia, soaked in ½ water, but be sure to reduce the amount of water used to purée to only ½ cup - ¾ cup. There is also no need to pierce the top of the loaf if using chia, as it won't rise as much as the psyllium) 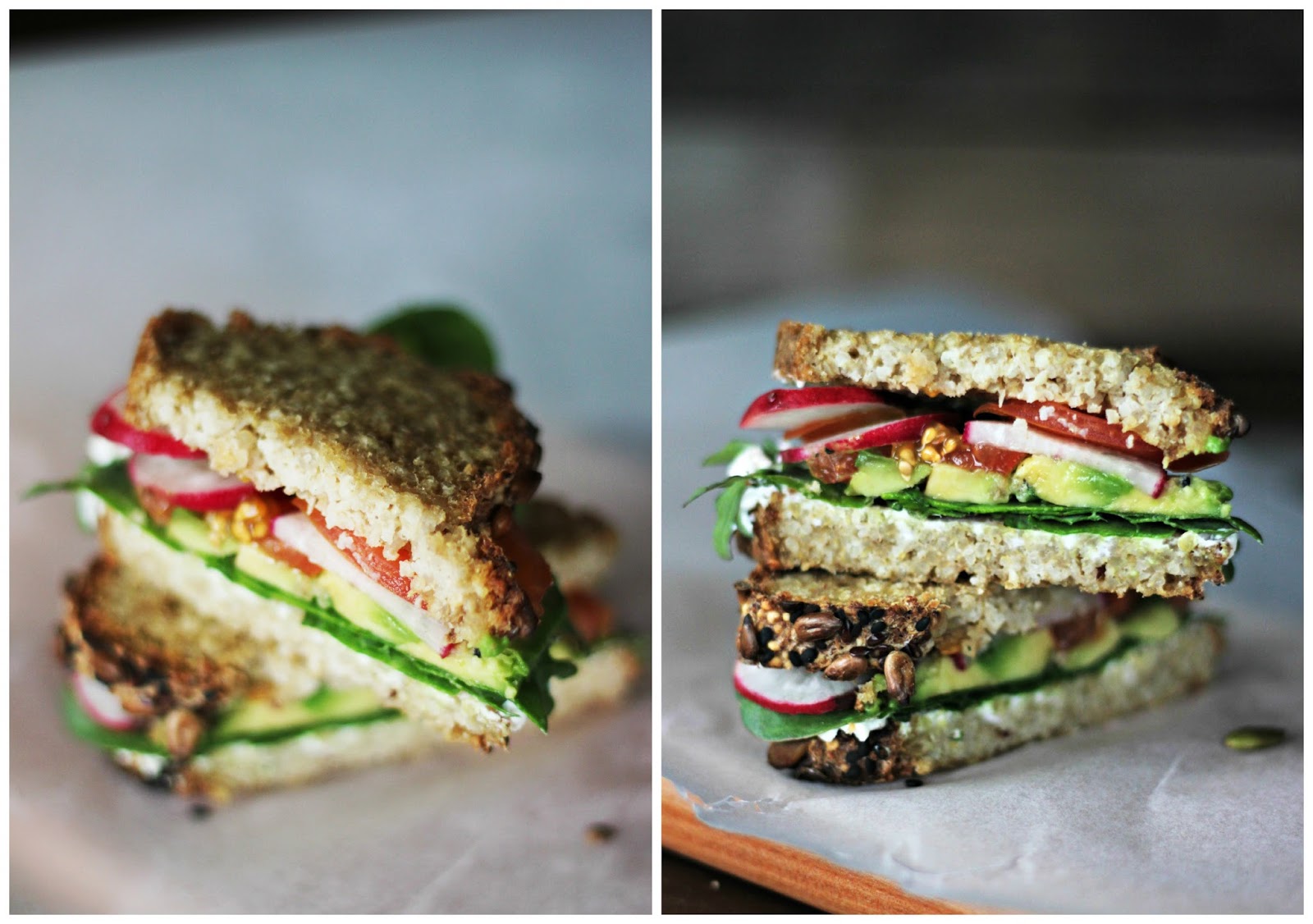