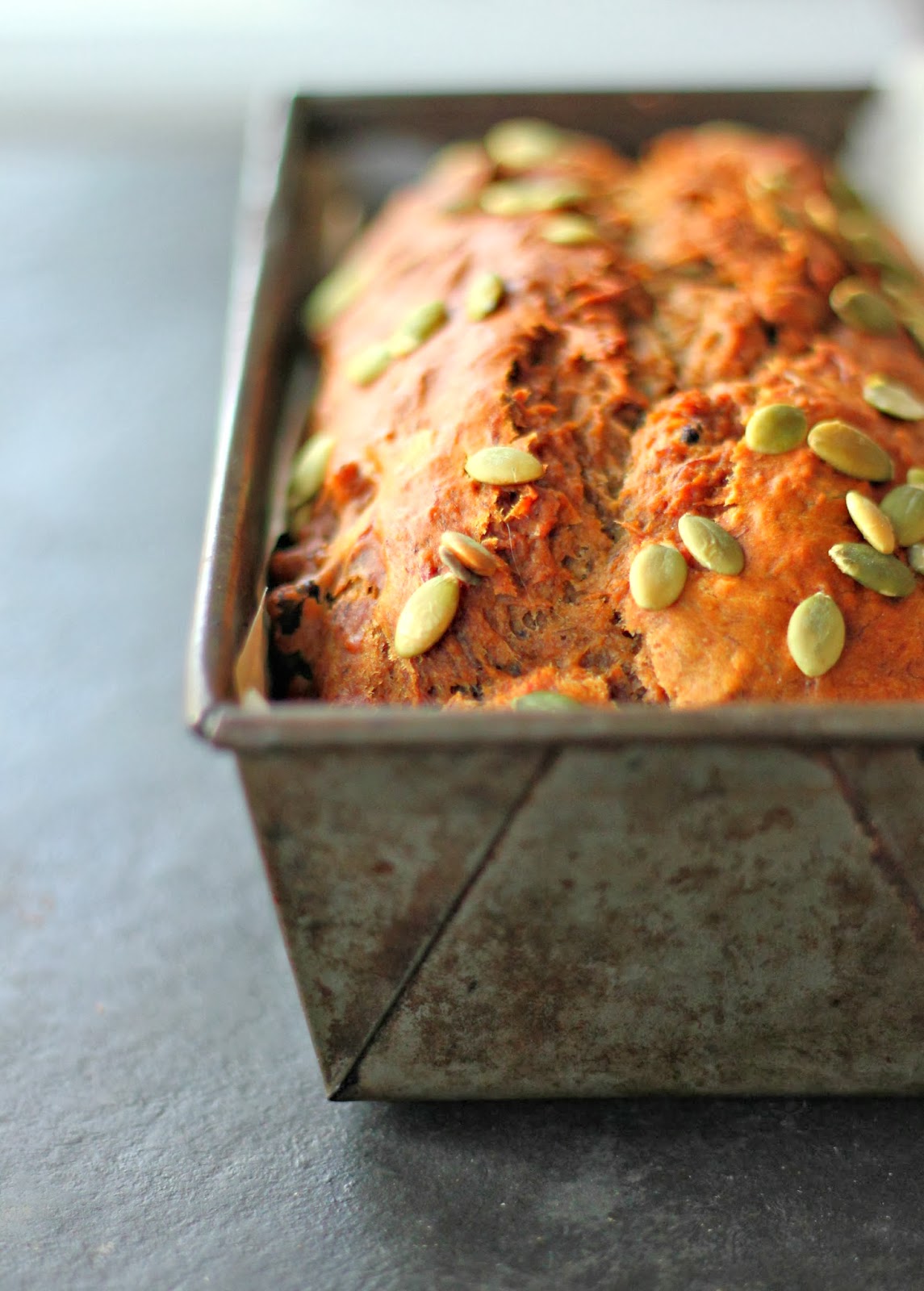 I've always appreciated the saying that when life gives you lemons, make lemonade. Although I don't always follow through on it, there is something about the idea of looking on the bright side which I believe to be really healthy. But what about when life gives to kumquats, or durian, or prickly pear? What are you supposed to do then? What about if you're given a plate for which you have no recipe?...Answer, you make banana bread.

A couple of weeks ago life gave me a plate that I didn't really know what to make of. And the sad part was, I knew it was coming but I chose to ignore it. Last year Adam and I graduated with our university degrees - both in sociology. We chose the subject out of love for theory and not for a future profession (as you can't do anything but teach with this degree), knowing that we would have to go back to school eventually. So for the last year we have worked at the bakery, saving money, and using the break from school as a time to reflect on where we wanted go in life. And here we are, one year latter and ready for a change, at least I think we're ready.

Adam's plan is to move - to move to the other side of the country. To quit our jobs of five years, get rid of most of our possessions, and give our cat to my parents (who will love him and treat him like a prince), all to move to a town we have never been, that doesn't speak the same language as us, where it will be nearly impossible to find work and where we only know a handful of people. To me this sounds horrifying. I have never lived anywhere but the west coast. Never more than 30 minutes from my parents home. And never anywhere where the average winter temperature is less than 6 degrees C. And although I am terrified by the prospect, I am also intrigued by the idea. Sometimes you need to take a risk and now just might be the time - we are still fairly young, have no real responsibilities, and are in need of a adventure. 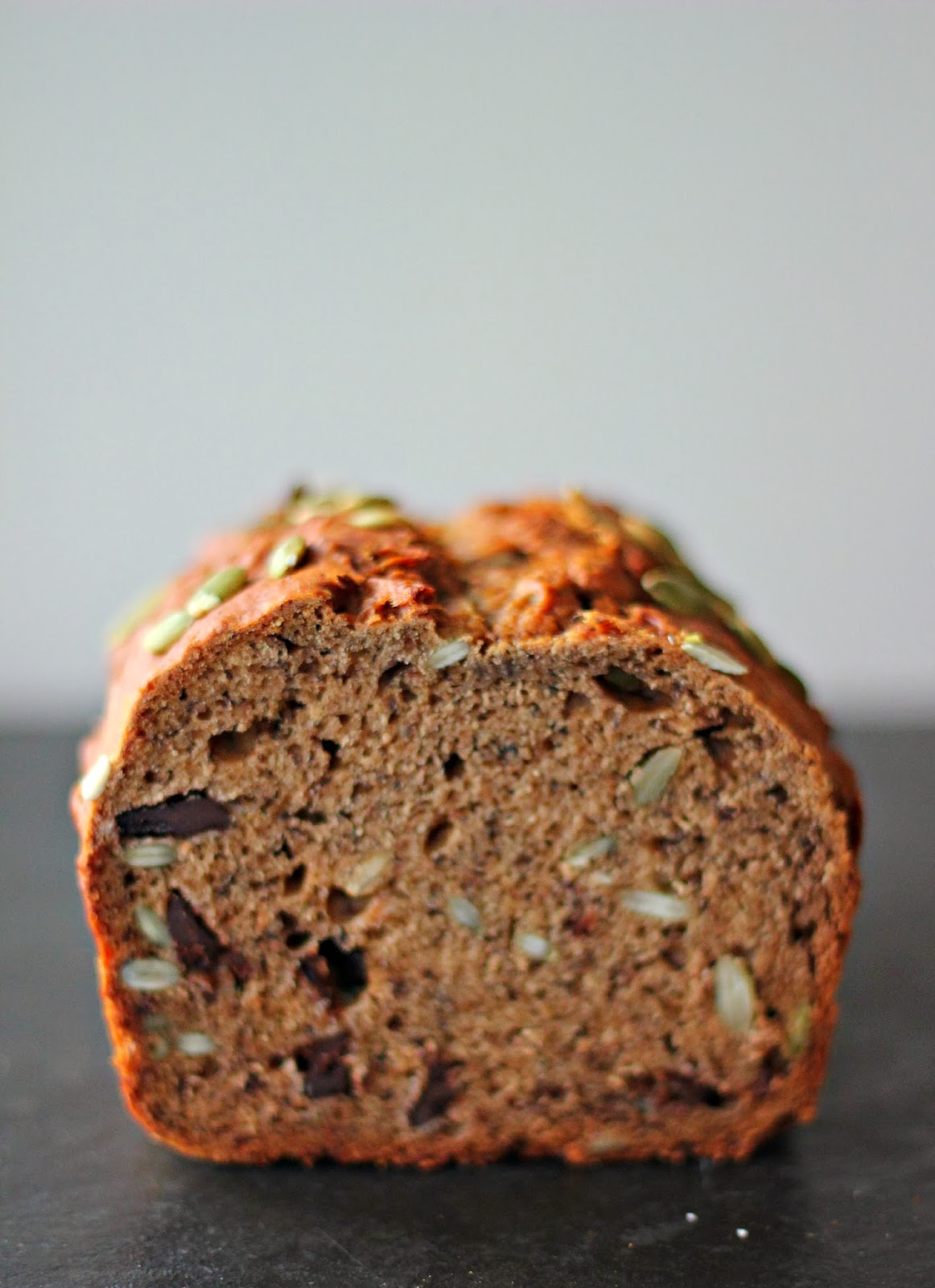 While we haven't made up our mind yet, I have been stressing over it - which means I have been baking a lot. I think last week I ended up making at least four loaves of banana bread. In the first recipe I used quinoa flour and it turned into a total disaster. It baked for almost an hour and a half and came out raw. The second one I tried was tasty, and cooked all the way through, but managed to still come out gummy and a bit stodgy. The whole thing was a bit of a failure and I let that get to me a bit - it took me a while to realise that it wan't the banana bread I wanted to master, but more so my life I wanted to feel in control of. As for the banana bread, I guess the third try was the charm. I opted for sifted spelt flour and it came out wonderfully light and soft. I then remade it with oat flour (pictured on the bottom), which, although much more dense and crumbly, had such lovely and sweet flavour. Success, finally. 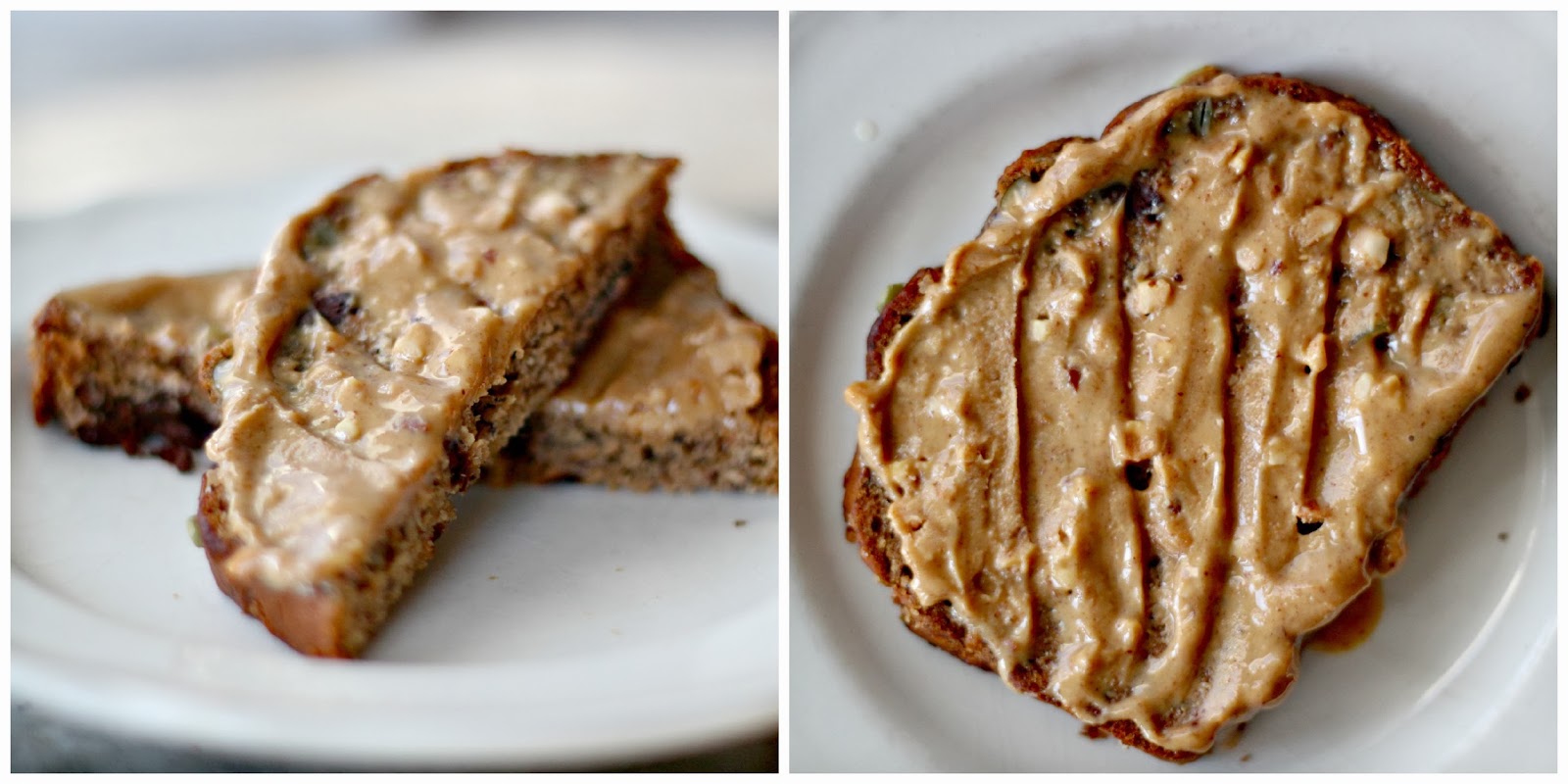 *If using spelt flour, I recommend only 1 ¾ cups of flour - For wheat, use 2 cups flour, and for oat use 2 ⅓- 2 ⅔ cups, depending on coarseness.

In one bowl combine the mashed banana, salt, vanilla, melted coconut oil, and maple syrup. In another bowl combine the flour, cinnamon, baking soda, and baking powder. Mix in the dry ingredients with the wet ingredients, being sure not to mix the batter too much. Add desired mix seeds, etc. Pour into a parchment lined loaf pan and bake in a 180 C (350 F) oven for 55 min to 1 hr 10 min, or until the top springs back when lightly touched. Let cool before slicing.

***Alternatively, you can make a Tahini Chocolate version of this loaf too (like this one here)! Just sub ½ cup coconut sugar for the maple syrup, use only 2 Tbsp of oil instead of the called for 4, and mixed in 3 Tbsp of tahini. I then added 4 Tbsp. mixed white and black sesame seeds and a big handful chocolate. 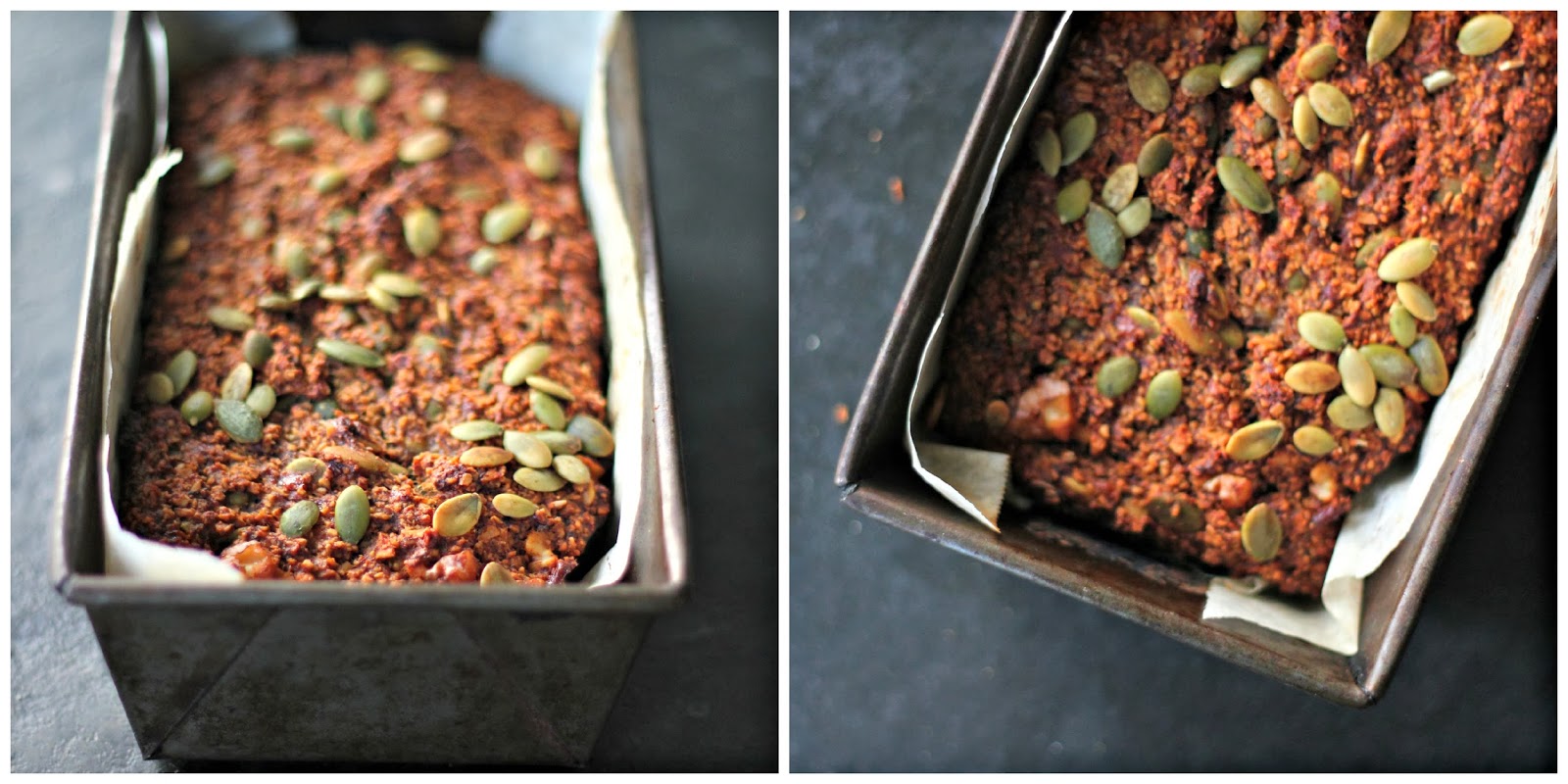